Today, in the United States, more than 900,000 law enforcement officers put their lives on the line for the safety and protection of others. They serve with valor and distinction – and with great success. Federal statistics show that violent and property crime rates in the United States are at historic lows, thanks in large measure to the dedicated service of the men and women of law enforcement.

That protection comes at a price, however. Each year, there are approximately 60,000 assaults on law enforcement officers, resulting in nearly 16,000 injuries. Sadly, over the last decade, an average of 146 officers a year have been killed in the line of duty. And throughout U.S. history, more than 20,000 law enforcement officers have made the ultimate sacrifice.

Sheriff James McKinnie was killed when the patrol car he was riding in was struck by a drunk driver at the intersection of Highway 100 and Vildo Road.

The driver of the other vehicle was arrested and charged with second degree murder, driving while intoxicated, and failing to yield right of way.

Sheriff McKinnie was a U.S. Army veteran of WWII and had served as sheriff for two years. He was survived by his wife and eight children. His wife was appointed to complete his term as sheriff. 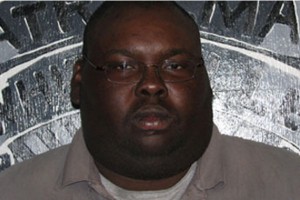 Animal Control Officer Eddie Hamer was killed in a single vehicle crash while responding to a call in Saulsbury.

The officer’s department vehicle left the roadway and overturned near the intersection of Van Buren and West Fork Roads and he succumbed to his injuries at the scene.

Officer Hamer served as a deputized animal control officer for the Hardeman County Sheriff’s Office and had also served as a reserve officer with the Whiteville Police Department for nine years.